Posted by Brenton Richardson on February 25, 2016
Posted in: News.

Coffin Cruisin’ played in the 4th annual Tally Shorts Film Festival last weekend. It was our Florida premiere and my first opportunity to attend a festival screening with this project. It was shown in program block titled Just the Facts… with 5 other documentaries at the Challenger Learning Center on the 50-foot Digital Dome Theater and Planetarium screen. I had a great time sharing my work, seeing other films, and meeting people in Tallahassee. Hope to do it again someday! 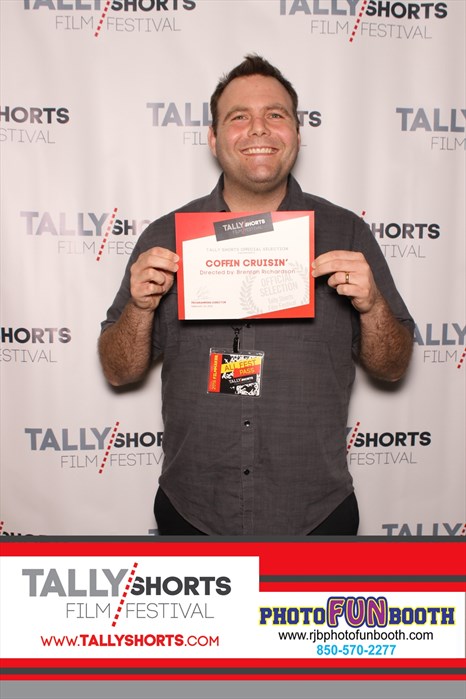 Posted by Brenton Richardson on October 26, 2015
Posted in: News.

My film Coffin Cruisin’ has begun it’s festival run. I’m very excited to share this film and I hope these are just the first of many public screenings.

Look who’s back! In addition to my full-time position at UF, I’ve rejoined the staff of Santa Fe College as an adjunct faculty member with the Digital Media and Graphic Design Technology program.

I’m teaching Multimedia Production II this summer B session. The course builds on the basics of cinematography, video editing and visual storytelling. In a short semester, my students will produce a documentary/news style piece, recreate a scene from a narrative fiction film, and edit a public service announcement. I’m looking forward to working with with the students and I’m excited to get this experience as an educator.

I’ve joined the communications team at the University of Florida Office of Development & Alumni Affairs. As a Multimedia Specialist, I will help support the university’s fundraising goals by producing videos and photography for the UF Foundation and the Alumni Association.

It’s great to be a Florida Gator.

Transferring to the University of Florida

After a great year and a half with Santa Fe College Communications & Creative Services, I’ve announced that I will be moving on to join the communications team at the University of Florida Office of Development & Alumni Affairs. My time at SF has been an enjoyable and rewarding experience. I’m proud to have become a member of the Santa Fe College community and did not expect to be leaving so soon. While I couldn’t pass up this wonderful opportunity to work with the Gators at the university, there are many things I will miss about the college and its people. I wish all my colleagues at SF the best and hope they have a glorious reign as the Aspen Prize #1 community college in the nation!

I made it Facebook official on April Fool’s Day with a JUCO Signing Day style announcement.

“First of all, I’d like to thank Santa Fe College for the opportunities afforded to me during these past 18 months. I’d like to thank the administration, David Houder, Teri McClellan, Chuck Clemons and President Sasser for believing in me and giving me the support I’ve needed to be successful. And I have to credit my teammates in Communications & Creative Services, without whom I wouldn’t be here today. After much deliberation and talks with my family, I’ve decided that I will be taking my talents to the University of Florida. Go Gators!”

The hard work of my colleagues and I in Santa Fe College Communications & Creative Services has been recognized by the National Council on Marketing and Public Relations and the Association of Florida Colleges. Our office submitted work for award consideration and CCS received a multitude of awards from AFC and NCMPR.

These awards are presented to the college and are not personal awards. However, I was the producer or co-producer of several of the projects lauded with distinctions.

Gold Award –  What Does SF Mean to You? [Editor]

I also had a significant role in some bigger team projects that received the gold distinction, such as the digital view book, #SFGRAD14 social media campaign, and the SF to UF microsite.

I’ve created a new website for my film, Coffin Cruisin’ and plan to be more active with the project in the near future. I’ll be adding news and fresh content to the site as we go and will also share any updates on the films Facebook page and Twitter feed. 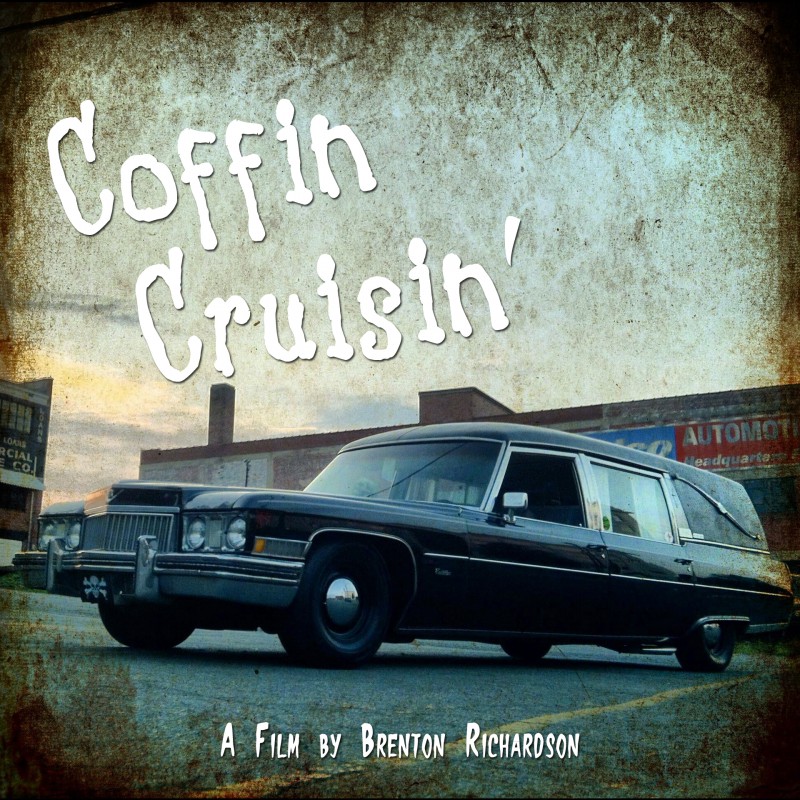 Posted by Brenton Richardson on February 4, 2014
Posted in: News.

My work has been published in an international online feminist journal.

Escapes, a series of video poems I produced under the direction of transmedia artist, Lynn Book is featured in the current issue of Anglistica AION : an Interdisciplinary Journal.

“Writing Exile: Women, the Arts, and Technologies” features 8 videos I edited and co-designed in collaboration with Lynn. The introduction written by Wanda Balzano is thoughtful and incredibly flattering. Escapes is the most avant-garde project I’ve worked on to this point. It was an enjoyable challenge and I’m proud to have been involved. 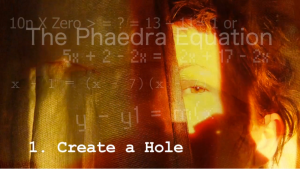 “On the screen, thanks also to the suggestive vision and careful video editing of Brenton Richardson, we see traces of Phaedra’s exile and escape, of her confinement and her rebellion, through her body – her body as language that is dissected and exploded.”

The videos are embedded on Anglistica or you can view them on Vimeo or my website.

Artists of the Holocaust Screening at Wake Forest University

Posted by Brenton Richardson on February 4, 2014
Posted in: News.

Artists of the Holocaust: A Collection of Short Films will be screening on February 12 at 4:00 pm at MainStage Theatre in the Scales Fine Arts Center.

Marko Behar: Partisan with a Pen was produced as part of this film series and I’m very excited for it to begin screening publicly .

The Artist of the Holocaust short films were produced by Wake Forest University students in collaboration with Yad Vashem.

More information about the screening can be found via the Documentary Film Program.

By 14 he had written five novels and penned a diary about the Nazi occupation of Prague. By 16 he had produced more than 170 drawings and paintings, edited an underground magazine in the Theresienstadt Ghetto, written numerous short stories and had walked to the gas chamber at Auschwitz. But this is a story of celebration as well as tragedy, a testament to how a boy’s wonder and creative expression represent the best of what makes us human.

I traveled to New York with my professor, the film’s editor and director of photography, Cynthia Hill to shoot the segment. We met composer, John Califra to interview him about his work on the original symphonic score. John, an Emmy nominated composer, discussed how Petr’s life and work inspired the music for the film. The composer was faced with the challenge of creating a consistent score that could communicate both the whimsy of the imagination of this young artist and capture the horror of Holocaust. It was great to hear John talk about his process and I’m certainly looking forward to the day when I may be able to work with a composer of his caliber.

Under the direction of Cynthia Hill, I edited the piece using John’s interview, the original score, and scenes from the film into a 10 minute special feature.

Petr’s story is a remarkable one and his imaginative spirit and creative work allowed for a very unique approach to a Holocaust documentary film, using contemporary and historical footage, art, animation and music to tell the story. It’s special project and I’m immensely proud to be involved with its release, even in the limited capacity of having created this short “making-of” for the extras.

The DVD can be purchased online from the film’s distributor, First Run Features. 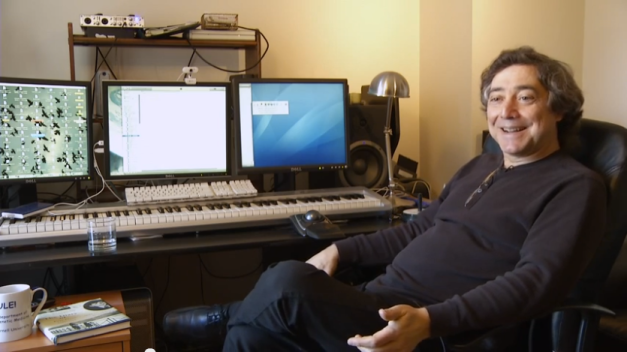